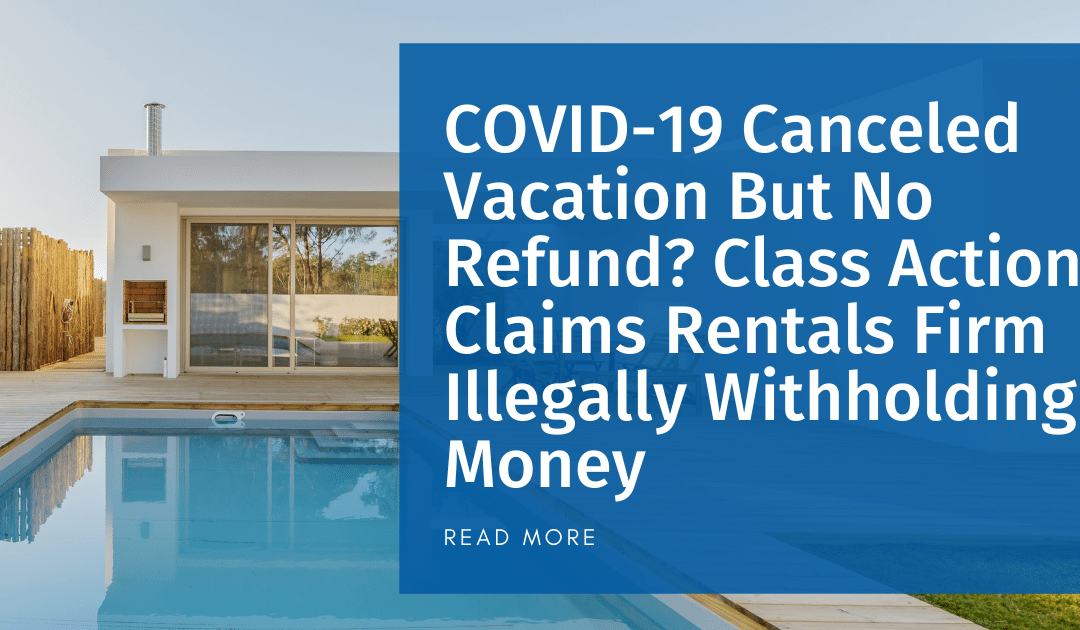 Vacation plans across the U.S. were canceled once the coronavirus pandemic set in, but a new lawsuit claims some who lost out on their dream Florida trip aren’t getting refunds they’re entitled to.

Jeeves’ policy says if a booking no longer is available, then it is to nd an alternative home for the customer. But that wasn’t an option during the suspension period last year, meaning under its contract terms it had to issue refunds, according to the suit.

“Customers didn’t get a property due to no fault of their own. Jeeves is not entitled to any of their money,” said ling attorney Mendel Kass, an associate with MAC Legal in Hollywood. Kass is working on the case with managing partner Michael Citron, who says the number of claimants already is over a dozen for the suit led on Monday.

“How do you proto the backs of people who are unaware of what’s going on in another jurisdiction from their home state and then you don’t give back their money?” Citron said. Jeeves didn’t immediately return emails for comment.

Arizona resident Rachel Dede led the suit in Polk County against Jeeves’ registered name LJ Florida Property Services LLC, claiming she is out nearly $10,000 for a ve-day Florida vacation planned for late April and early May — when DeSantis’ order was in effect.

The complaint says Jeeves asks for a security deposit, usually $1,000 or $1,500, and 20% of the balance up front at booking time, and for the remaining eight weeks before arrival.

Dede paid $1,988 when she booked in 2019 and $7,954 on March 6, 2020, before her scheduled booking from April 30 to May 5. Mac Legal led the suit with Cornish Hernandez Gonzalez’ Igor Hernandez in Coral Gables and Levy & Partners’s Ely Levy in Hollywood.