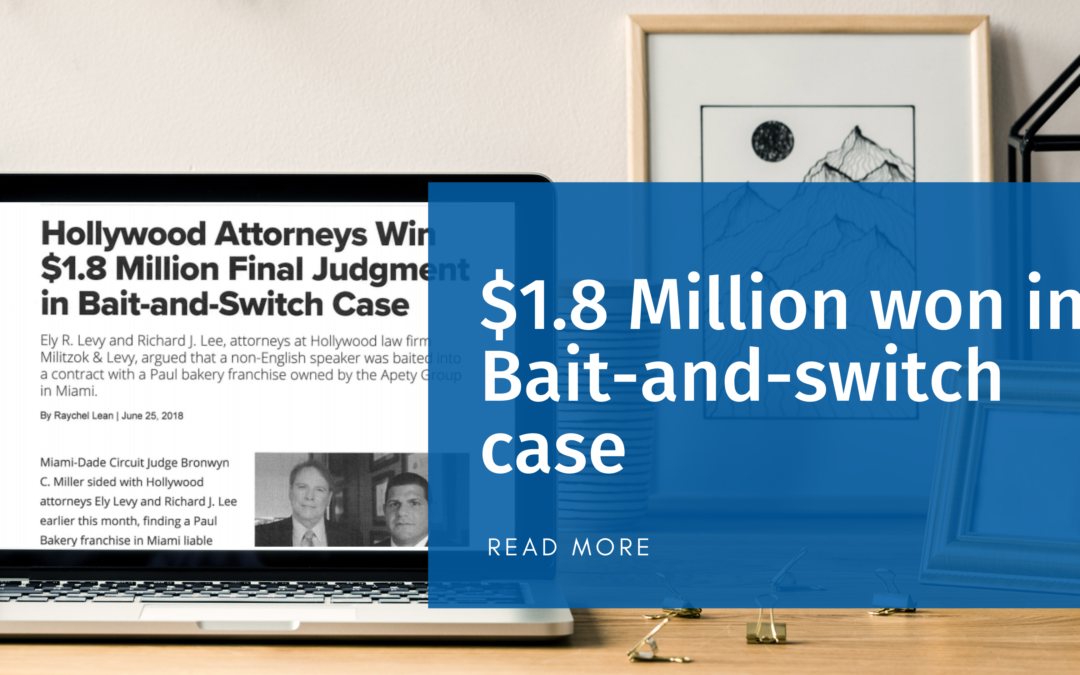 “Hanouna was clearly the victim of a ‘bait and switch,’ wherein Alfa and the Apety entities attempted to divest Hanouna of his investment, as the Apety Sawgrass franchise was the only profitable Apety location,” the ruling states. Though litigation is still ongoing as Levy and Lee await the defense’s next move, they view Miller’s findings as a wake-up call to individuals who may view businesses as a shield from accountability. “Hiding behind a corporation, that doesn’t work,” Levy said.

The Apety group had originally filed suit against their client, Hanouna, alleging they were entitled to losses in connection with one of their Paul Bakery franchises. Their claim was that Hanouna violated a noncompete agreement and owed $100,000.